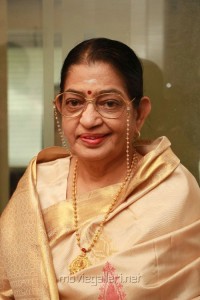 Faded Into Oblivion Series by Vicky Iyengar is licensed under a Creative Commons Attribution-NonCommercial-NoDerivatives 4.0 International License.

The Movie: Uyyala Jampala (1960) was a Melodrama produced by Anupama Films – G Veerabhadra Rao and had Kongara Jaggaiah & Krishnakumari as the main lead with Gummadi & Chalam in supporting roles.

The Composer: The Musical Score was composed by Pendyala Nageswara Rao with lyrical support from Arudra & Kosaraju. Hailing from Vanukuru, Vijayawada in Andhra Pradesh, Pendyala learnt to play the “Harmonium”, while accompanying his father, Sitaramiah to Stage Dramas. In the early 1930’s he played the characters of Jambavathi, Rukmini & Narada “Tulabaram” a mythological stage play along with Jonnavithula Seshagiri, Rushyendramani, Lakshmirajyam and got rave reviews. It was the yesteryear actress, the legendary Pasupuleti Kannamba’s Producer-Director husband Kadaru Nagabhushanam who spotted the young Pendyala’s talent and asked him to join his orchestral team as an Assistant headed by S. V. Venkataraman (“Meera”, “Manohara”, “Singari”, “Kodeeswaran”, “Irumbuthirai”) & S. B. Dinakar Rao (“Tingu Ranga”), the duo were then composing the musical score for the Telugu Film “Thalli Prema (1941). Later he was hired by Gudavalli Ramabrahmam to work for “Mayalokam” (1945) as Harmonist & Arranger under the lesser known composer Gali Penchala Narasimha Rao.

Composer Pendyala was also officially credited (in 1952) for introducing P Susheela as a playback singer for the Telugu film “Kanna Thalli” which was also incidentally directed by K.S. Prakash Rao. But evidence indicate that Susheela had already recorded a duet “Jaya Jaya Sri Malvaraja Kulamani” with A V Saraswathi for the film “Adhrushta Deepudu” (1950 – HMV/Columbia N28781) & in “Sri Lakshmamma Katha” (1950 – A Short Verse or “Padyam”) for the legendary C. R. Subburaman which was confirmed by Susheela in an interview to the National Daily “The Hindu” a few years back.

Pendyala, the mystical composer unhesitatingly chose his favorite songstress (P Susheela) during the golden era to render these solo-duet compositions knowing that he would reap the benefits of her repertory – melodic nuance, deep haunting vocals, sterling musicianship and dedicated performance.

Poet Arudra: Arudra was a very popular writer & contributed greatly to the success of Golden Era of Telugu cinema (Beedala Paatlu, Kanna Talli, Pakka Inti Ammayi, Jayabheri, Veera Kankanam, Chenchulakshmi, Aradhana, Bheeshma, Manchi Kutumbam, Muthyala Muggu, Mallepoovu, Pelli Pusthakam).  Arudra (1925-98) was a multifaceted personality. He wrote many poems, essays, short stories, dramas, translations, film songs, detective novels and a book on Chess.Tvamevaham (You are none other than me) and Samagra Andhra Sahityam (An Encyclopedia of Telugu Literature) are landmark works of this great writer.He wrote poetry Koonalamma Padaalu in 1964. In this poem, he describes contemporary society in a sarcastic way in a very simple style. Arudra wrote several poems on his reminiscences of the Second World War. He projected the city from various angles.He penned popular lyrics for many block-buster films based on the Ramayana. He added to the field of Ramayana studies with his scholarly work called Ramudiki Sita Yemautundi? (1978) (bluntly translated to: How is Sita related to Rama?). He translated the Tamil treatise Tirukkural into Telugu. He belonged to the school of progressive writers ‘Abhyudaya Rachayitala Sangham’, (a very potent force in Andhra Pradesh).

One of the finest songs with aphoristic tinge, Arudra’s (ఆరుద్ర) vivid poetic imagination takes us on minimalist musical ride in a “Padava” (boat) – an astonishing scenic journey to the coastal waters of the Andhra Pradesh and quaint country towns. We get to smell the aromatic and intoxicating fragrances of “Mogali”(Kerwa Flower) & “Naagamalli” (Long Stem Jasmine), have a glimpse of “Pallupitta” (the Indian Blue Jay), and witness the nearness of the distant dancing moon on a daylight sky (Patta Pagalu Siri Vennala Bharatha Natyam Aadindhi).

Raga “Malayamarutham”: The song is set to tune in Raga “Malayamarutham”. Malayamarutam is a rāgam in Carnatic music (musical scale of South Indian classical music). It is a janya rāgam (derived scale), as it does not have all the seven swaras (musical notes). The notes used in this scale are shadjam, shuddha rishabham, antara gandharam, panchamam, chathusruthi dhaivatham and kaisiki nishadam. Malayamarutam is considered a janya rāgam of Chakravakam, the 16th Melakarta rāgam, though it can be derived from Ramapriya also, by dropping madhyamam. This scale is used in Hindustani music in recent years by instrumentalists. This is a morning raga and some of the notable compositions include “Dnahyadevodo” (Thyagaraja), “Karpaga Manohara” (Papanasam Sivan) & “Karunannidhiye” (Purandaradasa).

Though, the avoirdupois of the song undisputedly rests on Ghantasala’s vocals, it is the foundational & mesmerising trance-like tessitura of Susheela (especially the vibrato – coloratura portions) that ably support the interludel woodwind columns sways us to explore the sub-continental coastal landscape. Now you know why Pendyala cherry-picked her – the sheer radiance in her voice! Comparisons in a Duet can be interesting – sometimes…

What makes this song so valuable – Firstly, profound, well-balanced & innovative composition and secondly, is the singing of Susheela – resplendent & beautiful. Unfortunately for us, voices like this just aren’t around any longer!

Susheela sculpts this song like a master craftsman each time ending in unison with Ghantasala’s vocals. In the end, it was Susheela’s voice that made the Indian Blue Jay jealous of her: clean, pure, with perfect intonation and just enough interpretive coloratura to make the composer’s message ring true. And the composers—all of them—loved her. Susheela respected the lyric in its true naked sense. Susheela—this graceful, legendary professional artist—sang so, so beautifully. See and hear for yourself via this clip. It speaks volumes of her vocal properties & unsurpassed interpretations (including the “whimper” at the end).